Skip to content
By eoliemelPosted on October 5, 2013July 24, 2020Posted in Family History

The inaugural Eoliano Heritage Study Program kicked off on the evening of Sunday the 5th October 2013 at the opening Aperativo held in the foyer of Hotel Santa Marina. Our 22 participants mingled with excitement at the prospect of the coming week’s adventures.

A wonderful ensemble of enthusiastic individuals from all ages and diverse walks of life that melded together beautifully with talk of shared relatives and family traditions.

The evening was topped off with a sumptuous Aeolian feast hosted by Mario Gullo at Mamma Santina. It was the first of many meals generously donated to the group by a multitude of local businesses willing to support our program.

Over the next two weeks, the group participated in a range of Aeolian experiences that without a doubt enriched our knowledge and passion for our heritage.

Week One included detailed historical lectures by Professor Marcello Saija, Professor Clara Martinella and Professor Marzia Beninati during visits to the Museo Civico and Museo Artologica in Lingua, the Museo Eoliano di Artologica di Luigi Brea in Lipari, a boat ride around the island of Salina, a workshop on proverbs of the Aeolian dialect, a workshop in which participants worked on a family migration project, a cooking demonstration by local cooks Caterina Paino and Maria Marchetti on making scinci d’ovo and gigi, and of course, we ate. We ate not only the scinci and gigi but pane cunzato at Bar D’Alfredo of Lingua, Pizza at Il Gambero of Lingua and pasta al forno at La Vela in Santa Marina.         Angela Boccabella

After a restful mid weekend, the group met up for a delightful seafood meal at Il Delphino in Lingua provided courtesy of the Lo Schiavo family on the evening of Sunday the 13th of October thus commencing the second week of the program.

Bright and early the next morning the group reconvened at the port to take the aliscafo to Vulcano with the imperative of scaling to the volcanoes crater. Dodging hissing fissures, those willing made it to the summit unscathed. Returning afterwards to meet those less inclined to sook in the bubbling mud baths.

The days that followed included more lectures at the Museo Dell’Emigrazione and the Biblioteca in Malfa, samplings of local wines, Malvasia and produce at the Fenech and Virgonna wineries, a visit to the Sanctuary of the Madonna del Terzito and lots more feasting courtesy of Bar Chiofalo in Leni, an exquisite lunch at Hotel Signum and a wonderful celebration at the Palazzo Marchetti hosted by the Commune of Malfa where they prepared a quadaria di cecciri in the tradition of the Festa of San Giuseppe.

The program culminated with an official presentation of the participants’ family migration project at the Sala di Convegno in Santa Marina on the eve of Friday the 18th of October. The banners prepared during the workshop of the previous week featuring each participant’s first migrant relative were presented to the Sindaci of Salina and the local community. Participants introduced themselves and their relative in Italian in front of their banner and finished with the words ‘sono eoliano/a’.

I can’t tell you how emotionally charged that room was that evening but I can assure you that the locals present were definitely impressed with the level of effort and passion displayed.

The last collective act of the Eoliano Heritage Study Program thus took place. Participants had been asked to bring along a pebble they retrieved from the beach on which they were instructed to write the name of their relative, the island of their origin and their name upon it. After the presentation closed, we made our way to the port of Santa Marina and hurled them back into the sea so that we may remain united with our islands for eternity.

From here, we made our way to the closing dinner hosted by the Commune of Santa Marina at Portobello along with our official hosts, the Sindaco of Santa Marina, Massimo LoSciavo and the Sindaco o Malfa, Dottore Salvatore Lungotano and of course, our beloved Professore Marcello Saija.

The Eoliano Heritage Study Program was a grand success if not, incredible. Not only for the wealth of knowledge we gained, the abundance of experience we enjoyed or the friendships we fostered but most importantly, for the way, as one participant aptly described it, the way it changed our lives. 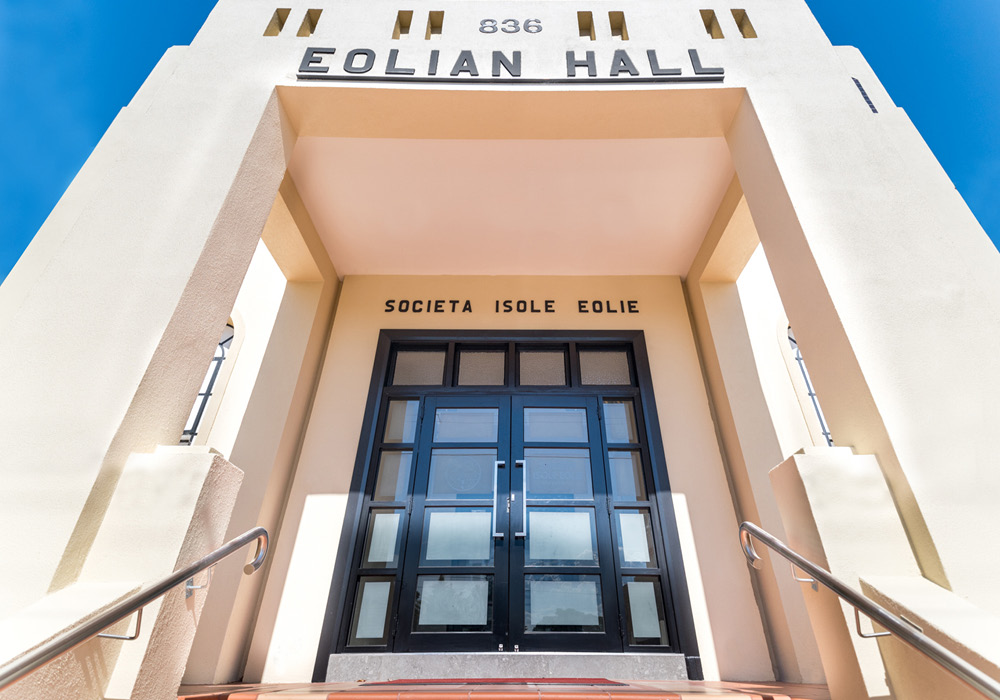 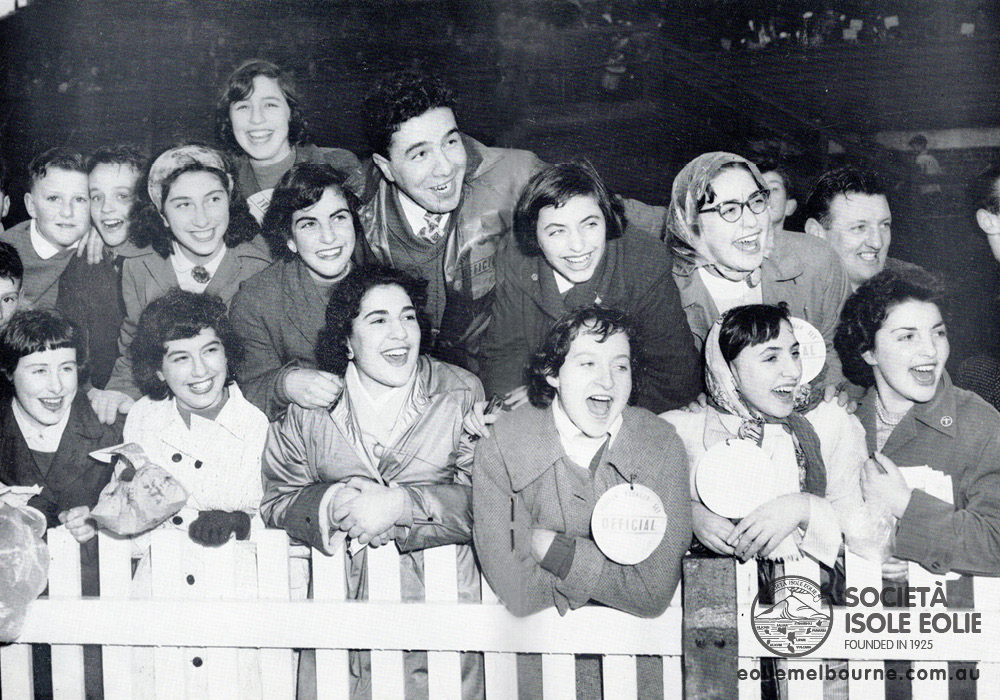 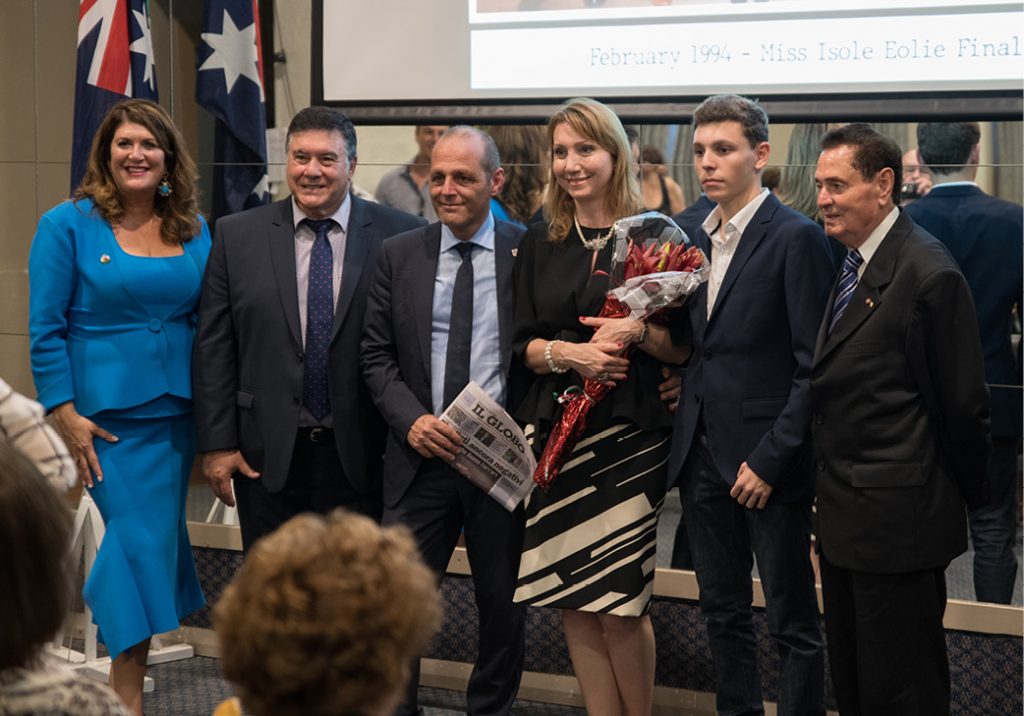 Mayor of Lipari Visit to Melbourne

Mayor of Lipari Visit to Melbourne 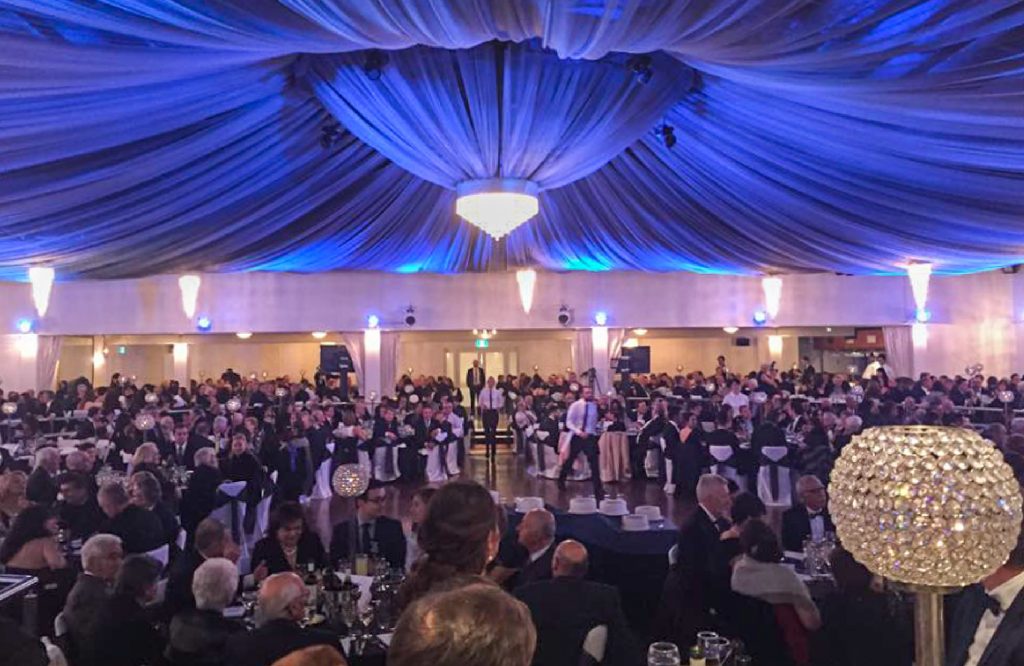 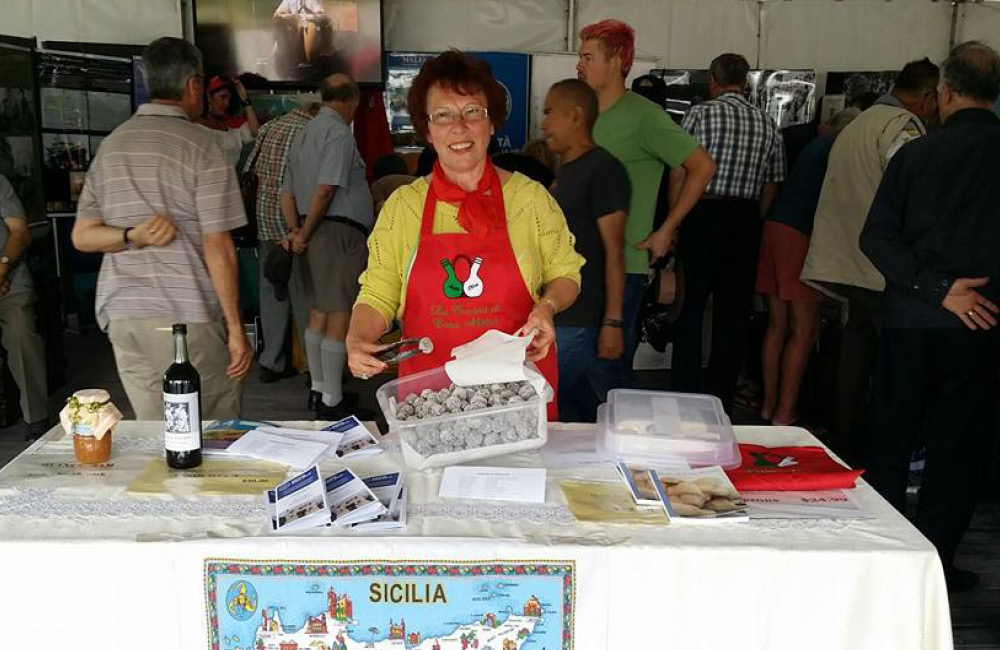 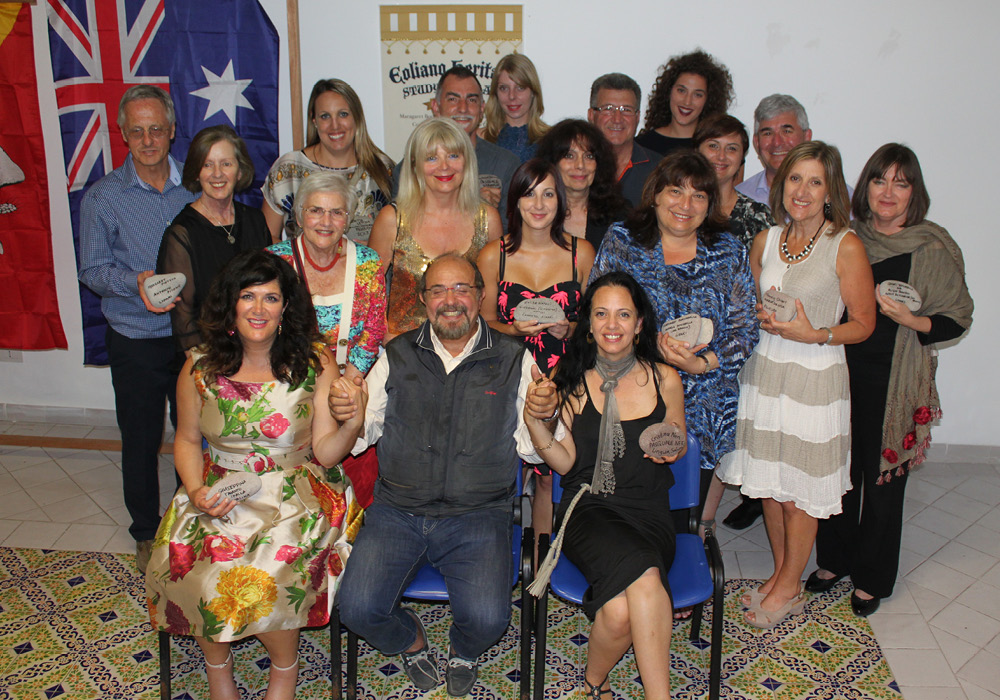